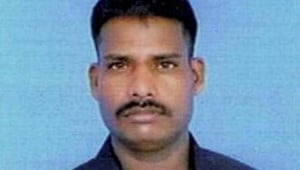 Daring, highly motivated and one who was always ready to stare death in the face, not flinching a bit. That was Lance Naik Hanamanthappa Koppad, the doughty soldier who survived for six days under tonnes of snow at the Siachen Glacier, but finally lost the battle for life on Thursday at an army hospital in Delhi.
Aged just 33 and extremely physically fit, Koppad volunteered more than once for postings in inhospitable and difficult areas, serving in these areas for 10 years out of his 13-year-long army career.
At a personal level, Koppad was an ever-smiling person who shared cordial relations with his army colleagues and subordinates.
A resident of Betadur village in Dharwad district of Karnataka, Koppad enlisted in the Madras Regiment’s 19th Battalion on October 25, 2002.
He was deployed in Mahore in Jammu and Kashmir from 2003 to 2006, where he was actively involved in counter-insurgency operations.
He again volunteered to serve the 54 Rashtriya Rifles (MADRAS) in Jammu and Kashmir from 2008 to 2010, where he displayed indomitable courage and gallantry in fighting terrorists.
The lance naik also volunteered to serve in the northeast from 2010 to 2012, where he actively participated in successful operations against the National Democratic Front of Bodoland and United Liberation Front of Assam.
Koppad was posted on the Siachen Glacier from August 2015. He was deployed on one of the highest posts where temperatures can plummet well below minus 40 degrees Celsius and winds of up to 100km per hour batter the frozen landscape and army men deployed there.
He along with his team members were deployed at the army’s Sonam Post – the highest permanently manned post in the world – when an avalanche engulfed their camp on February 3.
The 10 soldiers buried alive were maintaining the world’s highest helipad in the area, which brought supplies for soldiers on the Siachen Glacier.
While nine soldiers, including one Junior Commissioned Officer, died, Koppad was the only one who cheated death, at least for a few days more than his colleagues. 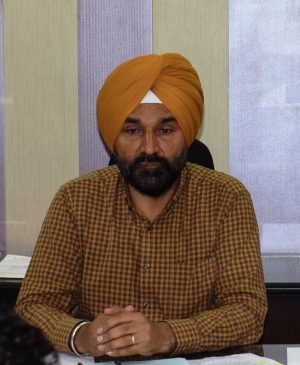