Bihar CM Nitish Kumar on Thursday met Sonia Gandhi at her residence in Delhi.
New Delhi: In what could be politically significant, Bihar Chief Minister Nitish Kumar on Thursday met Congress President Sonia Gandhi at her residence here.
He is learned to have advocated unity among Opposition parties to take on the BJP-led NDA.
JD(U) also used the meeting to call for a joint Opposition candidate for the election to the President’s post and urged Gandhi to take the lead in the matter, as per PTI.
Its spokesperson KC Tyagi, however, insisted that the issue of Presidential election was not discussed in the meeting and added it was his party’s view that a strong joint opposition candidate will be in national interest.
“There should a joint Opposition candidate for the top Constitutional post and Sonia Gandhi being the leader of the largest Opposition party should take the lead,” he said.
Kumar has already taken up the matter with leaders of the Left parties and received a good response, he added.
Kumar has been calling for forging a grand alliance of ‘secular parties’ at the national level on the lines of the 2015 electoral alliance or ‘Mahagathbandhan’ in Bihar to take on the BJP under Prime Minister Narendra Modi and is learned to have raised the issue with Gandhi.
The Congress is a partner in the Bihar government with Kumar’s JD(U) and Lalu Prasad Yadav’s RJD, after the three parties contested and won the Assembly elections as part of the grand alliance.
Earlier too, on April 03, Nitish had stressed on a grand alliance of Opposition parties at the national level to stop the surge of the BJP and had urged the Congress and Left parties to take initiative for this.
“The BJP’s victory in Uttar Pradesh was mainly because of lack of a Bihar-like ‘mahagathbandhan’ (grand alliance) there. If you add the vote percentage of the Samajwadi Party, the Congress and the BSP, it is 10 per cent more than the votes polled by the BJP,” he had told mediapersons in Patna.
Kumar, who is also the JD(U) national president, had added, “A Bihar-like grand alliance is the solution to check the surge of the BJP and for this, the Congress and the Left parties should take the initiative. A ‘mahagathbandhan’ like this at the national level will be ‘maha safal’ (a grand success).”
He had emphasised, “Being a bigger party, it is Congress’ responsibility to take the initiative of bringing all major non-BJP parties on one platform. I had talks with some Left leaders in this connection and I wish they take an initiative to this effect to throw the BJP-led NDA out of power in the 2019 Lok Sabha polls.
BJP won a landslide victory in recently held Assembly elections in Uttar Pradesh and had bagged 325 seats along with its allies.
The saffron party also won majority in Uttarakhand Assembly elections and managed to form governments in Goa and Manipur. 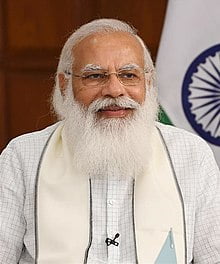