Surat: Prime Minister Narendra Modi, who is on a two-day visit to Gujarat, inaugurated the Kiran Multispeciality Hospital in Surat on Monday.
According to ANI, Kiran Multi-Super Specialty Hospital and Research Centre has been built by a private trust in Surat.
Addressing a gathering, PM Narendra Modi said while the health surveys across world have reinstated the importance of hygiene, no one has paid much attention to preventive healthcare measures in India, adding that his government’s ‘Swachh Bharat’ mission is a part of promoting preventive healthcare habits.
Prime Minister Modi said he was proud that his Surat has adopted the habit of cleanliness in such a way that they can be an example to other cities.
The Prime Minister, addressing a gathering after inaugurating the Kiran multi-speciality hospital in his home state said that he was unsure whether he should address his people in his mother tongue or Hindi.
However, he said that he then chose to speak in Hindi because he felt that they have done a big thing and the people should know about it.
“Labour is more valuable than money. I had said that I will also inaugurate the places where I lay foundation stones, because I want to see work completed. This hospital (Kiran Multispeciality Hospital) is built on a foundation of hard work and family value. After Vajpayee ji, we brought a healthcare policy in India after 15 years,” the Prime Minister said.
He said that the government will ensure that the doctors prescribes only generic medicines so that monopoly of big medicine outlets can be broken.
The Prime Minister while speaking of his connect with the city, said that people in other areas have probably changed the way they behave with him after he became the prime minister. He, however, said that Surat has always treated him like a family and he loves coming back to the place because it feels like home to him.
“I have become Prime Minister for everyone but Surat treats me like family. I cannot see the Prime Minister’s tag here,” he added.
Lauding the diamond merchants of Surat for undertaking the Rs. 500 crore project for people’s welfare, Prime Minister Modi said that he was not surprised by what they did.
He said that these people have known poverty and the pain of paucity, therefore they won’t sleep at night until they are satisfied that they have done as much as they could for the society.
“Many pharmaceutical firms are unhappy with my decision of cheaper stents, medicines. We have fixed the prices for around 700 medicines to ensure affordability for poor and this has upset big companies,” he added.
PM will later inaugurate a diamond manufacturing unit of a Private company at Hira Bourse Special Economic Zone at Ichhapore in the district.
The Prime Minister will then go to Bajipura village in Tapi district to inaugurate a cattle feed plant and ice-cream plant of Sumul Dairy and lay the foundation stone for dairy products plant at Nava Pardi.
Prime Minister Modi will then visit Silvassa town in the Union Territory of Dadra and Nagar Haveli, where he will address a gathering apart from inaugurating a few projects.
The Prime Minister in Saurashtra will inaugurate phase-1 of the ambitious Saurashtra Narmada Avtaran Irrigation project for Botad and surrounding districts and also lay foundation stone for the phase-2.
Under the project divided in four phases, the Gujarat Government plans to fill 115 dams of Saurashtra region with overflowing water of Sardar Sarovar Dam across river Narmada through a web of pipeline network.
This is Prime Minister Modi’s second visit to his home state this year. He had visited Gandhinagar on March 8 to address women sarpanchs from across the country on International Women’s Day. 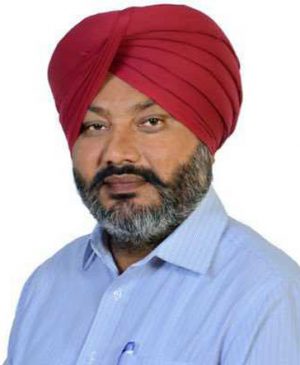 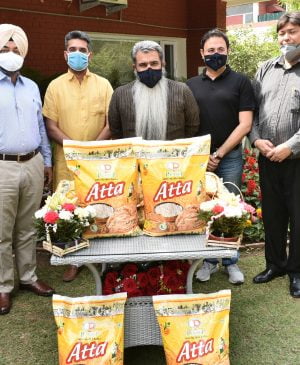